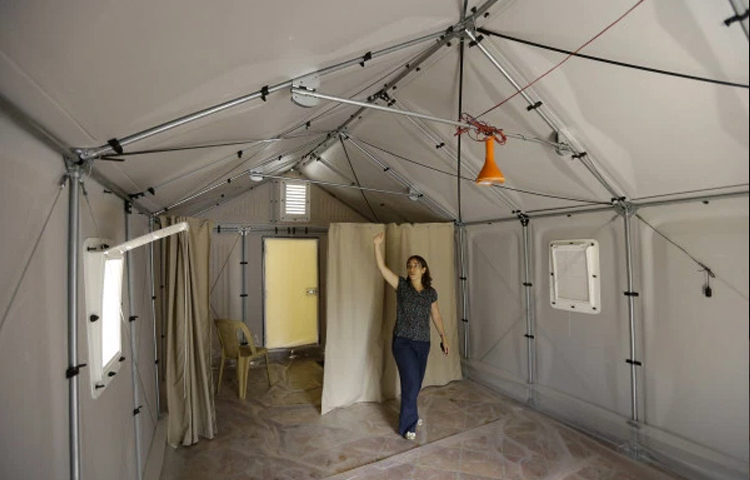 Last week the Lebanese Government allowed IKEA to deliver pre-built houses made in an innovative way to be used instead of tents for the Syrian refugees in Lebanon.

The acceptance of the Lebanese government came after international pressure for more than six months, and it is expected to take a long time to deliver in spite of the acceptation. The company is going to construct 12 houses as a first trial, and if the experiment succeeds the project will proceed, and that will keep most Syrian families living in tents in most of Lebanon’s districts, exposed to winter cold and bad weather conditions.

The estimated cost of each house is $7500 US$ according to the manufacturing company, but it is expected that the cost will become about $1000 US$ when more houses are produced. Even though it is still more expensive than a tent, but it provides more humane conditions for the Syrian refugees.

The UNHCR spent in cooperation with IKEA more than 4.6 million dollars in 3 years to develop those new houses to find an appropriate substitute to the traditional tents provided to the refugees by the UN. The new house is made of a flexible metal frame with polymer foam walls designed in a way to allow sunlight to enter during the day and preserve privacy at night.

It is also provided with a solar plate that helps with warming the house in winter, and keeping it cool in summer, with the capability to produce electricity when needed. The estimated life of the house is 3 years in comparison with 6 month for the ordinary tent.

Robert Russo the spokesman of UNHCR in Beirut said that the house will provide solutions to many problems, the children will be able to study at night, and it will preserve the family’s privacy. The houses are easy to install which is one of its most important features.

“The refugees could take the houses back to Syria with them, because there is always the possibility that they will not find their houses when they return, this means that those houses will facilitate their return to Syria” Mr. Russo added.

David Harrison, a Harvard Professor who is a specialist in disaster management sees that those houses may help to solve the problem of the refugees by providing false comfort and the pressure on the international community to return the refugees to their homeland Syria will be reduced. He mentioned that those are exactly the fears of the Lebanese government, and the reason why it refuses to make refugee camps for Syrians, because the Palestinian refugee camps were a temporary solution in the year 1948 but lasted for 60 years and the number of Palestinians in Lebanon has exceeded half a million.