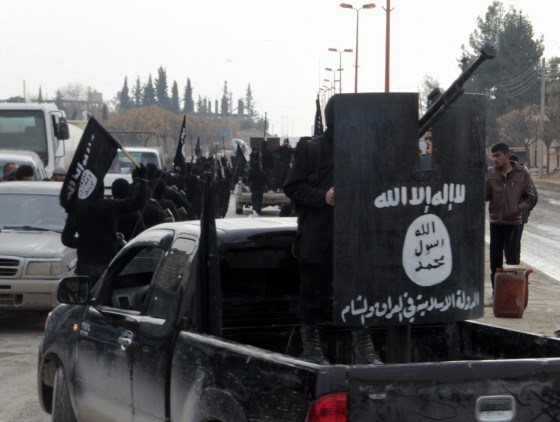 Last April, the south-east suburb of the city of Hamah has seen massive military movements that entered the city under the protection of an organization named “The Islamic State in Iraq and the Levant” “ISIS”; which has recently gained control over several points of and many strategic villages in the region.

For that purpose, the organization’s members have been distributed across the following axes; (the village of Janan – the village of zour Abulsous – Alasilah – a point near the agricultural mechanization – a gathering near the village of Srihan). They have also been spread out in the Eastern suburb of Homs city in general, and in the villages of Deir Foul, Alzaafaranh particularly, in addition to the village of “Ez-Addin Abu Hamra” where the organization’s members have unjustly killed one of the free Syrian Army’s leaders “Abu turki”.  According to the region’s activists, Abu Turki used to stop AlAssad’s forces from advancing towards the city, and was famous for his integrity amongst the city’s families.

Abu Ahmad is one of the bus drivers in the south rural who is responsible for moving the free army’s fighters during battles. In his speech to Enab Baladi, he said “Al-Baghdadi’s followers have spread in the region significantly and unprecedented”. He also accused ISIS’s fighters of killing many leaders and members of the free army who belong to the region. He additionally added that ISIS”has openly and publicly stated that its aim is to control over the city of Hamah and annex it to its state soon”.

Since the beginning of the current year, the opposition’s factions; including the Islamic ones, have waged a war against this organization; which is still going on so far. This has led to the withdrawal of the organization entirely from the two fronts of Aleppo and Idlib, upping its presence in the province of Alraqqa The battles are still ongoing in the province of DeirEzzor, which is witnessing a serious infighting causing hundreds of deaths on both sides.

Coinciding with that, the organization’s members have resorted to the Eastern regions and taken large headquarters in the Syrian Desert. “Alanadoul” agency has quoted one of the free army’s leaders that “around three fighters of the “ISIS” have gathered in “Albelas” mountains in the Eastern rural of Hamah, and been fortified in the caves; preparing to announce the city over there a part of the “state”.

It is worth noting that this region is of importance for which it controls over several strategic ways of the country’s center, and for containing several oil fields such as “Alshaer, and Aljalama”. These two fields are considered to be a huge resource on which “ISIS”relies for its continuation in achieving its expansionist ambitions and plans to control over the rugged areas and desert.

It is remarkable that the opposition’s fighters have been recently able to achieve significant gains in the northern and western suburbs of Hama. They also could regain some areas that were under the control of Al Assad’s forces, causing them huge losses and forcing them to return all queues that had been sent for recapturing the liberated areas. However, “ISIS” has not had any presence in these battles. Its fighters merely seized the eastern and southern regions of the province in a strategy planned to move towards the city of Hama, or be content with the intended expansion policy, as observers say.