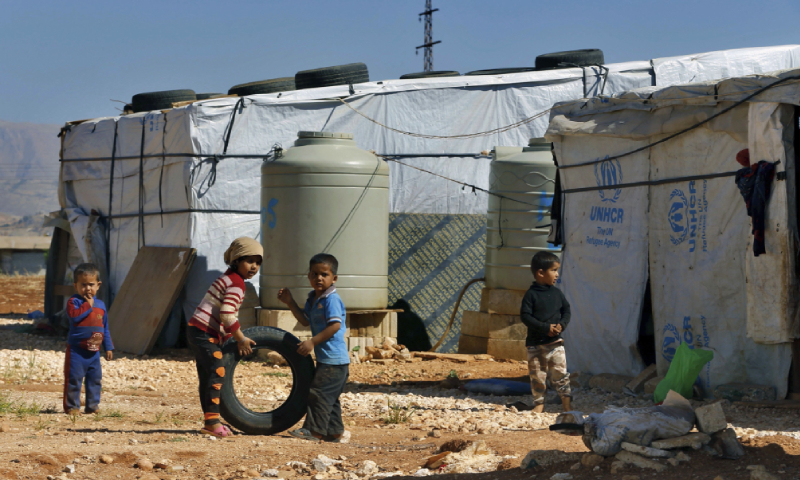 Muhammad al-Hourani, one of almost 1.5 million Syrian refugees living in Lebanon, has been placed under the coronavirus lockdown since the beginning of March. Al-Hourani from the province of Daraa, just like most of the Syrian refugees, lives in poverty and has to work on a daily basis to secure his own livelihood.

However, the Lebanese authorities, in a measure similar to what many other countries have undertaken, impose a partial curfew across the country as efforts to halt the spread of the novel coronavirus (COVID-19).

At least 21 Lebanese municipalities mandated additional restrictions on Syrian refugees, which do not apply to Lebanese citizens. For instance, refugees must appoint someone to purchase and provide for the basic needs of their Informal Tented Settlement (ITS) and coordinate this kind of movement with the municipalities, according to a report issued by Human Rights Watch (HRW) on 2 April.

The end of these restrictions means for al-Hourani (aged 30 years) to start looking for a job to support his family of seven children and their mother, who live in a camp in the village of Saïd Neil, in the Bekaa Valley in the Zahle District of Lebanon.

Al-Hourani was not able to get a permanent job as he is a daily worker. Before the curfew’s announcement, the job opportunities decreased in all parts of Lebanon after the November 2019 demonstrations, in which the Lebanese demanded the resignation of the ruling elite accused of corruption, and the appointment of a new government to fix Lebanon’s deteriorating economy.

Tension mounted and led to the resignation of former Primer Minister Saad Hariri, as banks closed their doors, and many institutions were disrupted.

Syrian refugees in Lebanon were also affected by Lebanon’s anti-government uprising and the currency crisis. The Lebanese pound (LBP) has plummeted against the US dollar to reach 3,300 per USD in local transactions, whereas, before the political crisis, the value of the LBP recorded an exchange rate of 1,510 against the USD.

Al-Hourani said to Enab Baladi that he dispensed with the purchase of many basic necessities for his family in order to limit and reduce the expenses, highlighting that the prices of commodities, in general, were previously lower than they are now, even food, as he reduced purchasing vegetables, while meat became something forgotten during the recent period.

Also, the United Nations Commission was providing financial aid of 40,000 LBP (26.49 USD) per person. As a result of the aggravated economic conditions, it raised the amount to 50,000 LBP ( 15 USD), but this did not get things much better amid the Covid-19 outbreak sudden price hikes.

The Lebanon Protection Consortium (LPC) conducted 131 phone surveys on COVID-19 with community representatives, WaSH committee members and other ITS residents from 90 ITS between 17 to 20 March 2020 to estimate their knowledge on the coronavirus and the effect of the lockdown and containment measures on their living conditions, including their ability to access services.

The humanitarian news network Reliefweb published the results of the survey, which show that 49 percent of respondents had to stop working. In comparison, 54 percent of Syrian refugees responding to the survey said that they stopped social gatherings and activities.

The Lebanese Ministry of Health has recorded 688 confirmed cases of the coronavirus across the country, of whom 20 have died, and 80 have recovered since the first infection was announced on 21 February.